“Don't underestimate the value of Doing Nothing, of just going along, listening to all the things you can't hear, and not bothering.”

Today I have been here exactly four weeks. Time has passed so fast. Even I'm not working and I still don't know too much people here, I've not been bored at all. Days go by sleeping, cleaning, cooking, shopping, sunbathing, watching TV, facebooking and reading and I'm wondering how I ever had time to go to work. :P (I can hear you hard-working people cursing my lazy ass there...) The only thing that keeps bothering me is that I gave myself a permission to enjoy this time without working and still every day I feel bad because I'm not "useful". I hope I can get rid of that feeling before the time is over..


“If there ever comes a day when we can't be together, keep me in your heart. I'll stay there forever.”

It is amazing how it can feel so good with somebody all the time, every day, every minute. You would think that if you put two persons who are used to live alone, living in the same apartment and spend all the free time together, they would get sick of each other in some point. But at least these four weeks have been wonderful and everyday feels better than before. I realize that this propably will not go on like this forever, but now I really cannot see any reason why not.

Quotes by A. A. Milne.
Posted by noorakaroliina at 5:18 PM No comments:

Last weekend we started our summer 2012 mini-holidays. Which means weekend trips to various cities near by. First destination was Poznan, a Polish city about 150 kilometers from here. On friday afternoon temperature here in Wroclaw was something +30, so three hours in non-air-conditioned Polish train did not sound too tempting. But in the end it was not that bad... 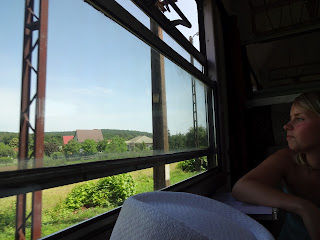 I still cannot understand how is it possible that these trains are so slow. But at least you arrive to your destination according the schedule or even a little bit too early, which is not always the case with Finnish railways. :P

Our hotel was a bit out of city center, but it was cheap and had own outdoor swimming pool. The idea of jumping in the pool was keeping me alive during the sweaty, endless journey... 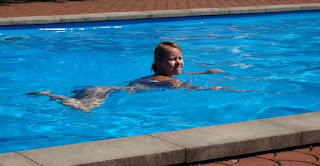 The hotel was located near Lake Malta, where you can find all kinds of activities. After saturday's hotel breakfast <3 we borrowed bikes from the hotel and cycled around the lake. Nice to see some nature sometimes too. ;)

Center of Poznan was really pretty, market square reminded a lot of Wroclaw's. After picking up a tourist guide we started our Poznan day tour. Besides the market squre we saw super-cute alleys and amazing Fara church. The end station of our tour was a shopping mall built in old brewery. We had late lunch in cute restaurant called Weranda. Later we tested their Mojitos in near by park where they have small terrace. 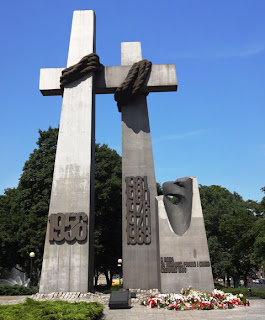 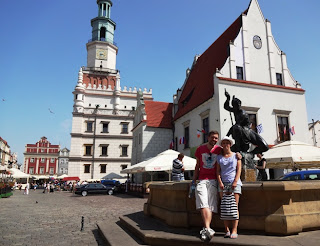 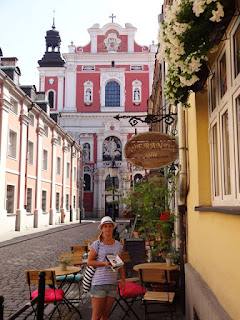 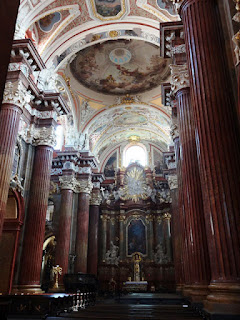 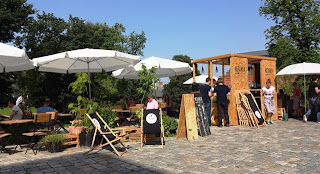 On sunday it was time to go back to the train station. Luckily the train was a bit newer than the first one so we could make ourselfs comfortable in our (almost private) booth. In the end Poznan was for sure worth of visiting, even despite over 6 hours of travelling.
Posted by noorakaroliina at 3:22 PM No comments:

noorakaroliina
Kampala, Uganda
wondering. searching. finding. exploring. moving. changing. growing. learning. trying. crying. laughing. thinking. seeing. hearing. dreaming. living. cooking. travelling. This blog is about all these things from my point of view. And who am I? A girl who dreams that there will always be new dreams to chase.